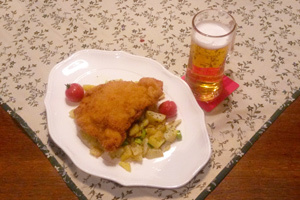 And what is the history of schnitzel in Austria?

According to legend, schnitzel was brought to Austria thanks to the famous Marshal Radetzky in 1857. This dish was brought to such perfection during the imperial era that it is now widely regarded as a traditional and unsurpassed Austrian delicacy. Lovers of this food all over the world know and use its german name, Schnitzel.