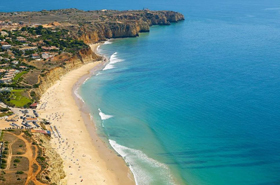 Picturesque, sandy beaches below steep sandstone cliffs "at the very end of Europe", the year-round warm client, the beautiful landscape scenery, interesting places nearby or for instance typical Portuguese cuisine. All of this is Algarve – the southernmost region of Portugal. 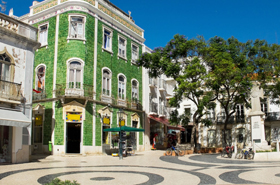 Tourists traveling to this sought-after resort city of roughly 30,000 can enjoy not only quaint beaches, but also historical monuments. This is true even though an earthquake leveled much of the city in 1755.  Head out from the hotel where you're staying to tour the churches of Igreja da Santa Maria or Igreja do António, or the fortress Fortaleza da Ponta da Bandeira, which also serves as a museum of overseas discoveries. Setting sail from this city in the 15th century was Prince Henry the Navigator (1394-1460), who became famous as a supporter of overseas discovery voyages and trade. You can find his statue here to at the Praça do Infante.

Just a short way from Hotel Cascade, after roughly 15 minutes of pleasant walking, you will discover the beach Porto de Mós. This is a picturesque place that TripAdvisor says you certainly should not miss when visiting Lagos. Here you can enjoy not only swimming in the turquoise ocean, but also a nice walk along the coastline, or just savor a glass of good wine at the beach restaurant.