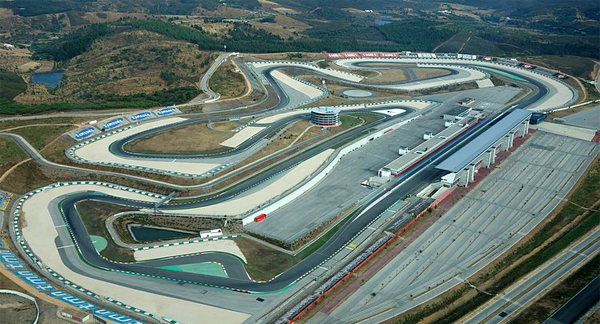 The race track of the Algarve International Circuit – with length of 4,692 kilometers and capacity for up to 100,000 viewers – is found in hilly terrain near the city of Portimão. Costs to construct it reached EUR 195 million. The unique character of the circuit, appreciated by racers and managing bodies of motor sports, is given by its natural relief with significant elevation increases and technical passages.

The circuit opened in 2008, and it has hosted Formula 1 test rides since 2010. Motor sports fans come here in large numbers for the road motorcycle event within the prestigious series of the world championship, the FIA World Touring Car Championship and many other interesting events all taking place in an unforgettable atmosphere.

One of the turns on the circuit is named after British motorcycle racer Craig Jones, who tragically died in 2008 during races held at the Brands Hatch Circuit in England.

Activities that you can try at the circuit:

Riding in a convoy